A Major fire at Trago Mills Shopping Centre which is set in 100 acres near to Newton Abbot and the A38 main road. Eventually went to a 25 pump attendance. this was the largest fire in Devon in many years, Due to the efforts of attending crews much of the site was saved, and was partially reopened a week later. At the height of the blaze press reports indicated that 15  main jets and 3 Hydraulic Aerial platforms were in use, the fire was discovered just after 06:00 am and first crews in attendance made pumps six as the building was well alight.The buildings size was approximately 300m x 200m and 50% of the building was destroyed, thanks go to all who supplied pictures -               (Library & Local Newspaper Pictures) 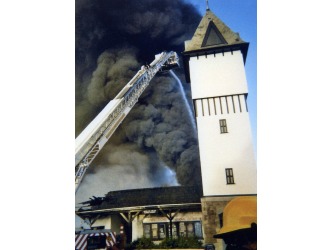 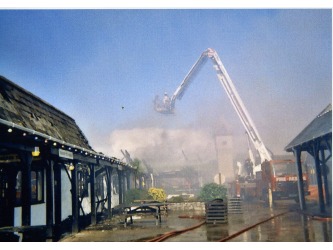 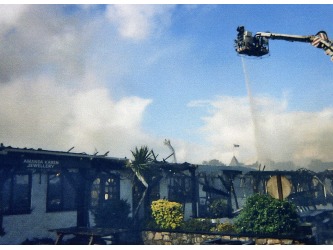 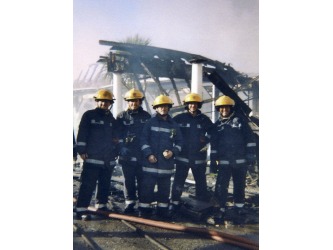 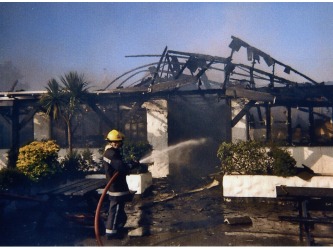 Here is some photos of a fire which broke out in March 1983, it is believed that a Central Heating Boiler backfired and discharged oil into an area next to a carpet storage warehouse, which ignited and burnt down the warehouse. (photos courtesy of  Crew Manager Rob Barr) 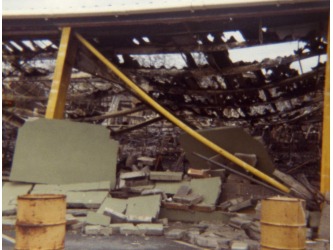 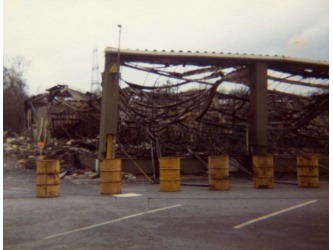 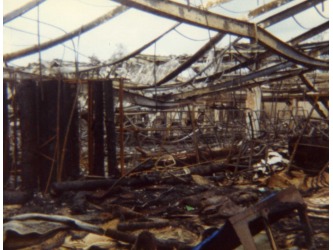